In 1997, a handbag named Baguette came out and quickly became popular all over the world, becoming a well-deserved “it bag” in the fashion circle. Because of its slender and compact shape, it can just be clipped under the armpit. It reminds people of the chic scene of French women walking out of the bakery with French bread, so it is also called “French stick bag”.

It’s not a bag, it’s a Baguette! People who have seen Sex and the City should not be unfamiliar with this line. Carrie, the hostess, made fun and witty remarks when she was caught by a banditry robber so that this “Baguette” handbag came into the public’s view. But this timeless handbag has never had the male version.

With trend rolling of “The Baguette Is Back” in 2019, FENDI has finally launched the men’s version of the legendary Baguette Bag. Fendi’s 20-year-old “magic bag” is better known as a neutral style because the design is fascinating to both boys and girls. Ms. Silvia Venturini Fendi, Fendi’s third-generation boss, designed the classic Baguette bag in 1997 and re-design it for male in conjunction with the modern lifestyle of Fendi men, and makes it debuted on the fashion show of FENDI 2019/20 fall/winter menswear collection. 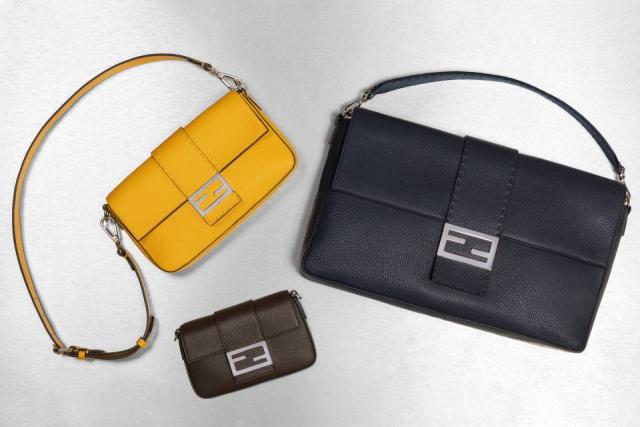 The first male version of the baguette bag is mainly formed in one single color system. It also makes use of collision color and fluffy matching to give people a refreshing feeling. Not only that, Fendi re-adjusted the proportion of the package and introduced three sizes: large, standard and mini, to meet the diverse dressing fashion of modern people. 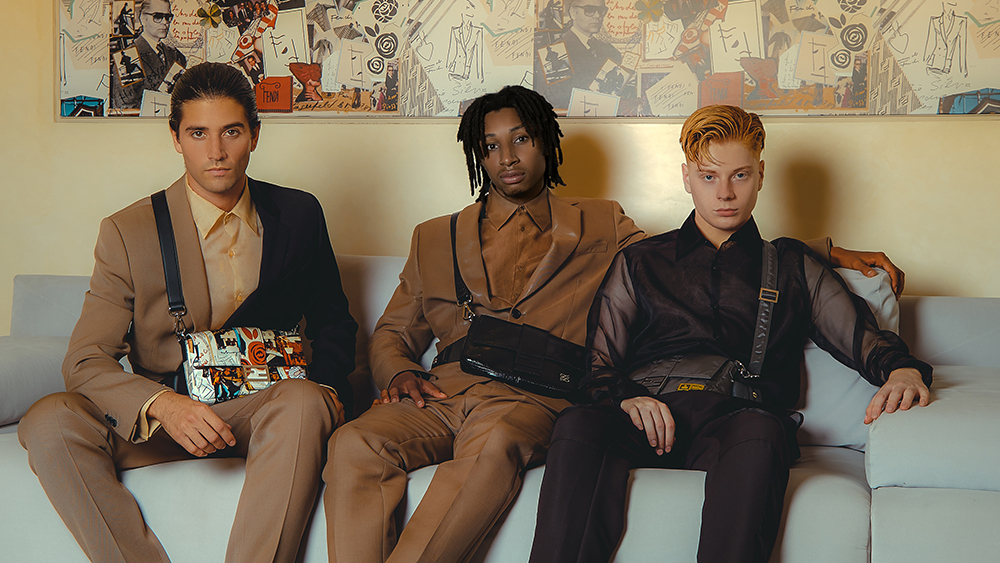 In addition, the men’s Baguette bag of Fendi retains the classy design of original removable strap and flip-top magnetic buckle, whether it is sloping back, handheld or as a waist bag, it can be changed according to the wearer’s needs, not limited to a single function. In terms of material, there are rare leather such as crocodile skin, suede, etc, or made of FENDI’s exclusive Selleria leather. It does not emphasize the previous pattern design, which makes people pay more attention to the high-level enjoyment of the leather.

In order to let people realize the charm of Fendi men’s baguette bag as soon as possible, the brand also launched the new micro-film “Exploring the Men’s Baguette World”. Three friends of fashion netizens, Marc Forn, Leo Mandella, and Nasir Dean, came into the Limited store of FENDI men’s wear at No. 3 Napoleon Avenue in Milan and is traped in the world of the popular and modern Baguette created by the FENDI library with the mysterious atmosphere. Understand Luxury Fashion: Fendi Me And My Peekaboo Reviews